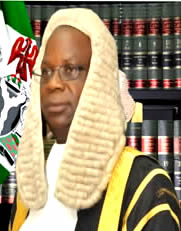 Honourable Justice (Ph.d) 2008 - 2018
James Terseer Agbadu-Fishim
Hon Justice James Terseer Agbadu-Fishim was born in Benue State. He was at the Ahmadu Bello University, Zaria, from 1987-1990 for his LL.B, and thereafter, obtained his BL from the Nigerian Law School, Lagos in 1991. He served the mandatory National Youth Service in 1992. He was appointed a lecturer in the Department of Public and International Law, Faculty of Law, University of Abuja in December, 2000 and rose to the position of a senior lecturer in 2006. He holds an LLM from the university of Lagos and also PhD from the University of Abuja. It was from there that he was appointed a Judge of National Industrial Court of Nigeria in 2008 - 2018
Download Case Filing Form