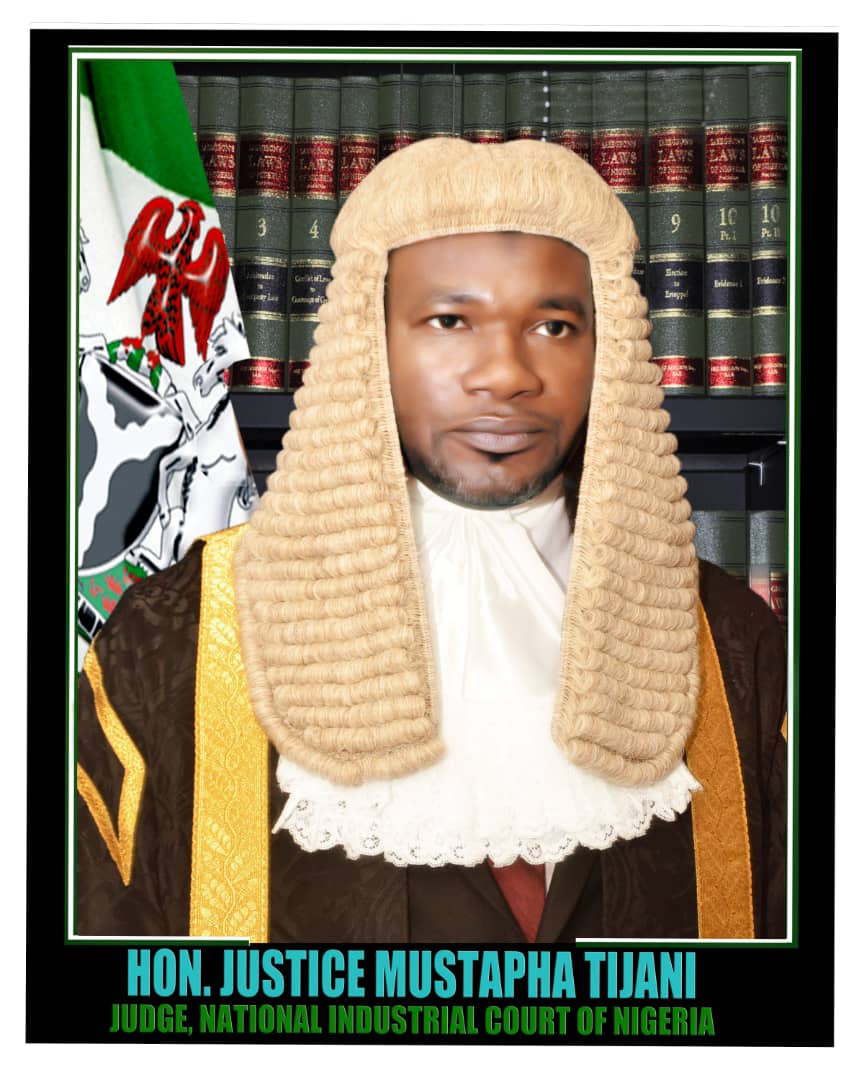 Honourable Justice
Mustapha Tijjani
Honourable Justice Mustapha Tijjani was born and brought up in Ringim Local Government of Jigawa State, he attended Katutu Primary School Ringim from 1983-1989, Government Secondary School Ringim from 1989--1995, Jigawa State College of Islamic and Legal System Studies from 1996-1998(where he obtained a Diploma in Law),Bayero University Kano from 1999-2004( for his LLB Degree) and Nigerian Law School from 2004-2005.(the year he was called to the Bar) He served as Assistant Lecturer at the Jigawa State college of Legal Sudies, Principal State Counsel at the Jigawa State Ministry of Justice. His Lordship was appointed as Magistrate l by the Jigawa State Judiciary in 2008 where he rose through the ranks and became Chief Magistrate II on 1/1/2015, a position he held until July 14th 2017 when he was appointed and sworn-in as Judge of the National Industrial Court of Nigeria. Justice Mustapha Tijjani is a Judge in the Lagos Judicial Division of the National Industrial Court of Nigeria.
Download Case Filing Form