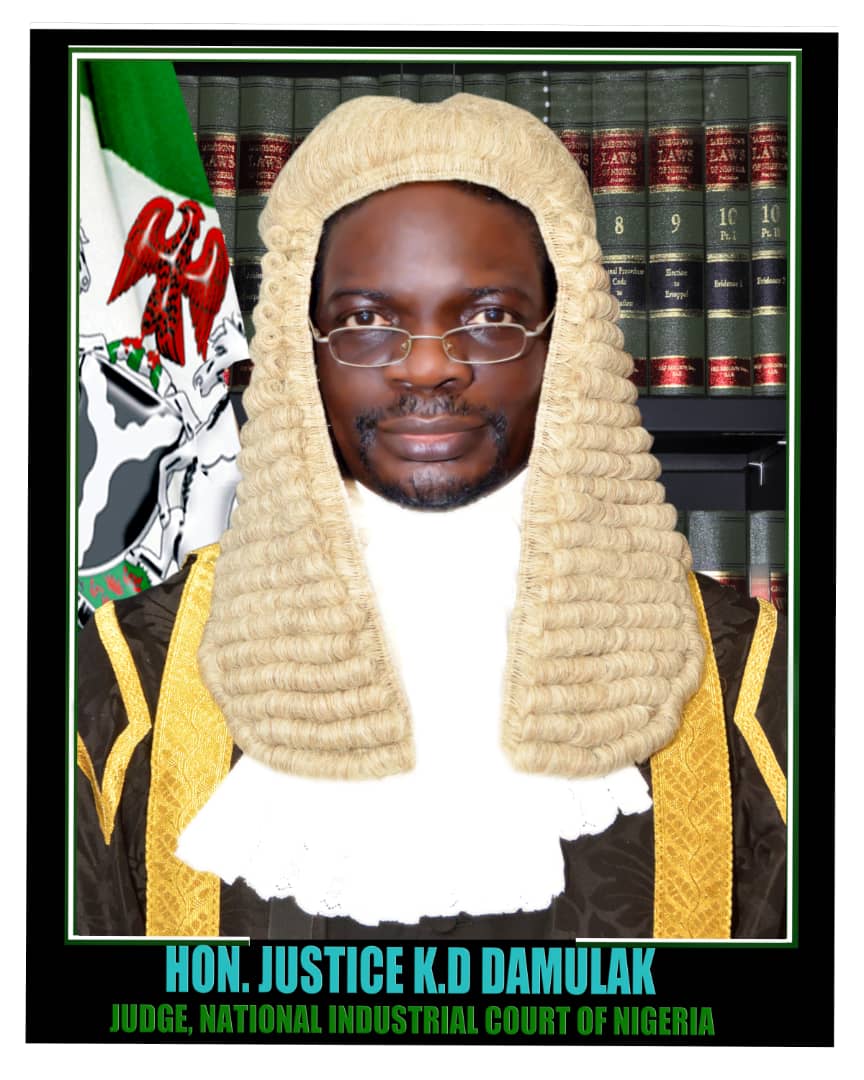 Honourable Justice
Kiyersohot Damulak
Hon. Justice Kiyersohot Damulak was born in Jibam, Payeshin Local Government of Plateau State. He attended Government Secondary School ( GSS), Jiban from 1985 to 1991 and Ilese Comprehensive Secondary School (ICHS), Ijebu-Ode from 1991-1992. He attended University of Jos from 1994 to 2000 and obtained LLB (Hons) and proceeded to Nigerian law school Abuja in 2001 and was call to bar in the year 2002. He served as a youth Corper in Gassol local government Area in Taraba State from 2002 to 2003. Between 2004 and 2008 Damulak attended and obtained masters of law from university of Jos. He served as a pupil counsel at M.A. Ekine & Co, Tafawa Balewa street, Jos from 2003 to 2006. In 2007, Damulak joined H.S. Longs & Co No 6 J.D. Comwalle road Jos as a partner where he practiced as a private legal practioner until his appointment to the bench in 2017 . Damulak is happily married to Mrs Koeloengme Afiniki Daniel Damulak and the union is blessed with children. Justice Damulak is in the Sokoto Judicial Division of the Court.
Download Case Filing Form