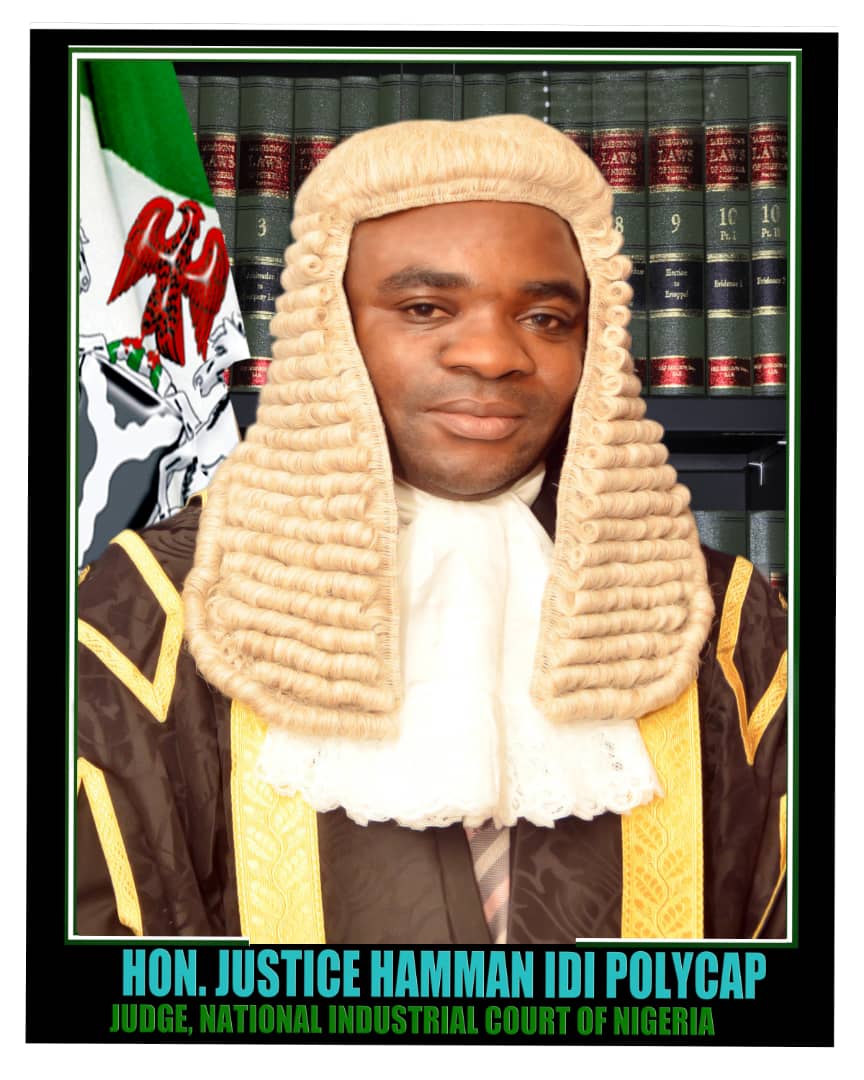 Honourable Justice
Hamman I. Polycarp
Hon .Justice Hamman attended Nyakwala Primary School in Wukari LGA of Taraba State from 1979 to 1986; Government Day Secondary School (GDSS) Bantaje also in Wukari LGA of Taraba State from 1986 to 1992 for his SSC; and University of Abuja from 1994 to 1999 for his LLB. He was called to Bar on the 23rd day of January, 2001 after attending the Nigerian Law School, Bwari, Abuja from 1999 to 2000. He performed his NYSC Primary Assignment with the now defunct States and Local Government Affairs Office ,Radio House , Area 10 ,Garki, Abuja in the 2001/2002 Service year. He started his working career in 2003 at the Law Firm of Suleiman Abdulkadir, SAN & CO. No. 38 Ibrahim Taiwo Road, Kano. He later joined the Federal Ministry of Justice Abuja in 2005 as a State Counsel and rose through the ranks to the post of Chief State Counsel. While in the Federal Ministry of Justice he served as prosecutor in the Department of Public Prosecutions (DPP) and also as counsel to the Census Tribunal, National Population Commission, Abuja. Between 2009 and July 2017 he was Assistant Legal Adviser, Office of the Head of the Civil Service of the Federation, Abuja from there he was appointed a Judge of the National Industrial Court of Nigeria. He is a member of the Abuja Branch of the Nigerian Bar Association. Hon. Justice Hamman attended Conferences and Workshops in China, Macau and Ethiopia. His Lordship is in the Port Harcourt Judicial Division of the Court.
Download Case Filing Form