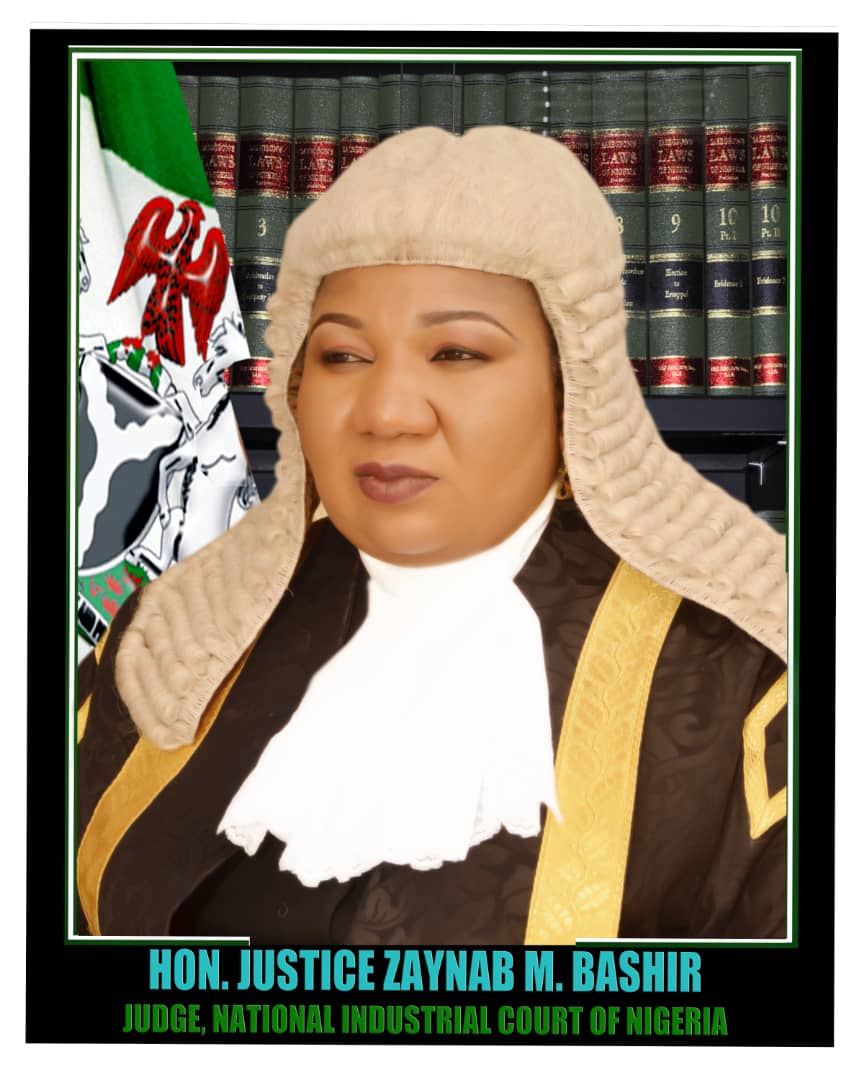 Honourable Justice
Zaynab M. Bashir
Justice Zaynab M. Bashir was appointed a judge of the National Industrial Court in July, 2017. She obtained a bachelors degree in Law from the University of Benin. She attended the Nigerian law school in 1998. Thereafter, she proceeded to University of Abuja to obtain a masters degree in Law with distinction. Justice Z.M. Bashir performed her NYSC primary assignment at the Supreme Court of Nigeria during the 1997/98 service year. She started her career as a counsel in the legal firm of Samuel Zibiri SAN & Co in 1999 and then joined the FCT Judiciary as a Legal Officer in 2000; appointed a Magistrate Grade I in 2002 and then rose through the ranks to be appointed a Chief Magistrate in 2009. In deserved recognition of her zeal towards excellence and service delivery, she became the recipient of the Distinguished service Award for Excellence from the FCT Judiciary 2003/2004 legal year. Justice Z.M. Bashir served in the first FCT Election petitions Tribunal for Area Councils in Abuja as a member. She was the presiding magistrate for AMAC Revenue Court; was appointed the sole magistrate to oversee the sale of Wuse and Garki Markets in Abuja. She was also in charge of the family court in FCT. During the course of her career in the magistracy, she has had 2 publications in her name and many published articles. She holds the membership of many professional bodies like the Institute of Chartered Mediators and Conciliators (ICMC) NBA, FIDA, IBA National Association of Family Court Judges and Magistrates, Magistrates Association of Nigeria where she served in various capacities. She was an External examiner for the Nigerian Law School due to her love for academics. She is currently pursuing a PhD in Law at the University of Abuja with emphasis on Labour Law and Industrial relations. Justice Z.M. Bashir is widely travelled and has attended several conferences in Nigeria and also outside the shores of this country. She is married and blessed with children. Hon. Justice Bashir is a Judge of the Port Harcourt Judicial Division of the Court.
Download Case Filing Form