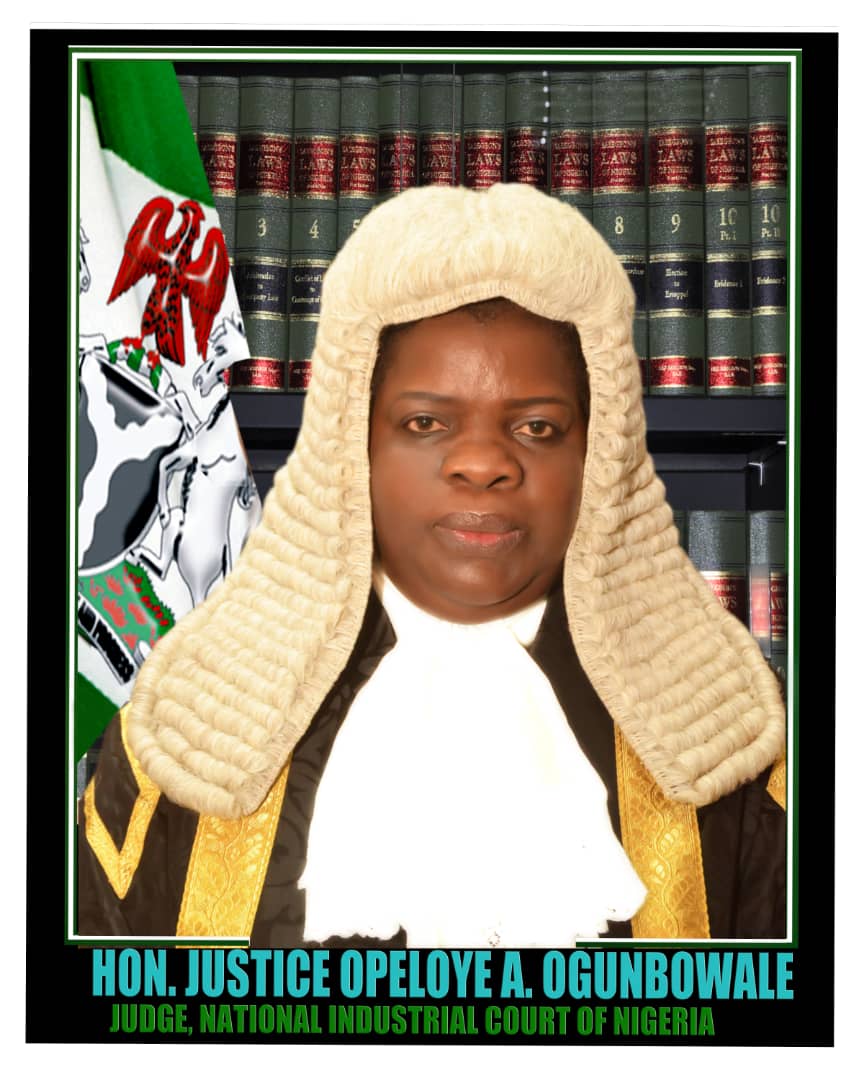 Honourable Justice
Opeloye Ayoleyi Ogunbowale
Hon. Justice Opeloye Ogunbowale attended United Anglican Primary, Shekungba, Ejinrin from 1974 to 1980 and Lofi Ogunmude Comprehensive College, Ejinrin in Epe Local Government Area of Lagos State from 1981 to 1985. She worked with the Lagos State Library Board, Epe Divisional Library from 1989 to 1991. Afterwards, His Lordship proceeded to Obafemi Awolowo University, Ile Ife, Osun State where she obtained Bachelor?s Degree in Law and trained as a Legal Practitioner at the Nigerian Law School, Lagos. In her 22 years post-qualification experience as a Solicitor and Advocate of the Supreme Court of Nigeria, she practised law for 5 years and was appointed to the Lagos State Judiciary as a Magistrate Grade 1 in 2001 and I rose through the rank to become a Chief Magistrate Grade 11 in 2013. In course of her career as a Magistrate, Hon. Justice Opeloye Ogunbowale served meritoriously in various capacities such as the Co-Ordinating Magistrate of the Special Offences Court, Alausa, Lagos; Coroner for Epe and its environs; Chairman, Family Court covering Adeniji Adele,Lagos Island and Ikoyi and its environs and Chief Magistrate in charge of administration in Epe Magisterial District. My lord worked virtually in all the Magisterial Districts in Lagos leaving a trail of diligence, uprightness, competence and integrity. Justice Opeloye Ogunbowale attended various trainings and courses within Nigeria, African countries such as Ghana and Gambian as well as United States of America, which cover various areas of law, arbitration, ettiquette and health and self-management . Hon. Justice Opeloye Ogunvowale is married and blessed with lovely children. Justice Ogunbowale is in the Ibadan Judicial Division of the Court.
Download Case Filing Form