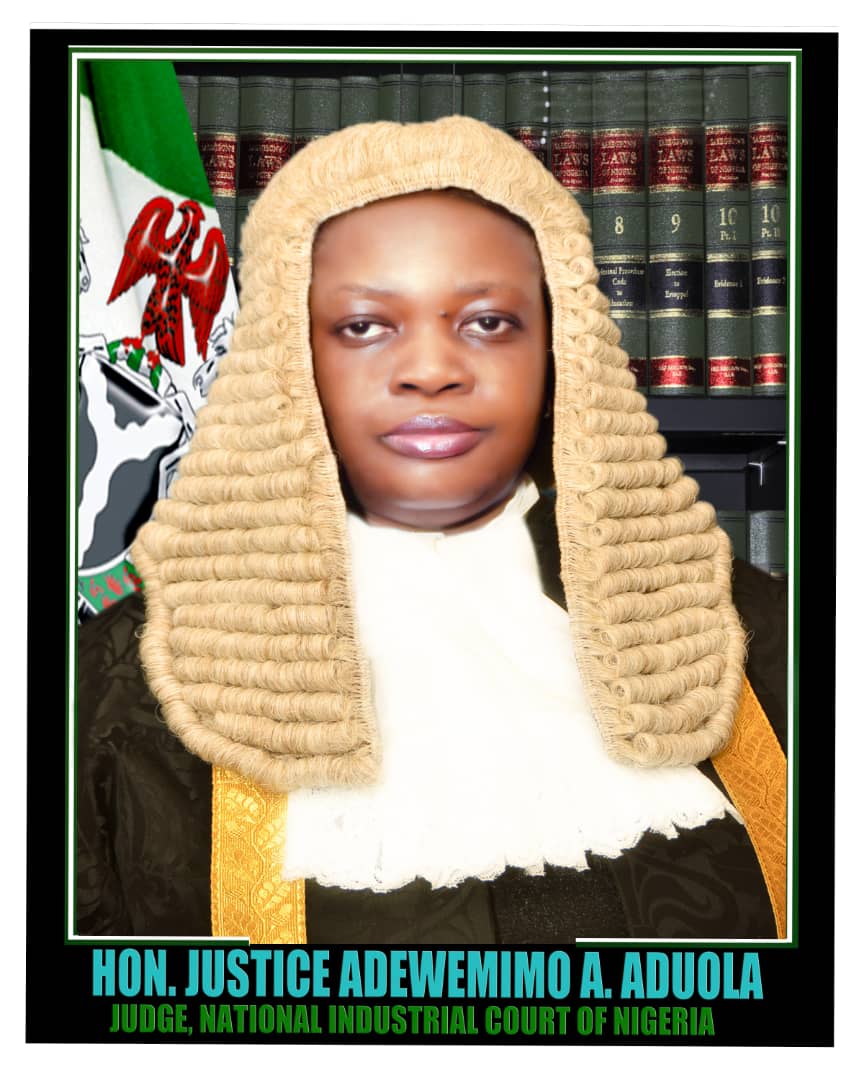 Honourable Justice
Abiola A. Adewemimo
Justice Adewemimo attended St. Clares’ Nursery and Primary School from 1973-1981; Anglican Commercial Grammar School and Osogbo Grammar School from 1981-1986 where she obtained her West African School Leaving Certificate (WASC) , she later attended the Obafemi Awolowo University, Ile-Ife, from 1986 to 1991 . She was called to the Bar in 1992 and served in the Law firm of Bonajo Badejo & Co. Lagos during her service year in 1993. In 1994 she joined the Osun State Ministry of Justice as Legal Officer II and rose through the ranks to become the Administrator General and Public Trustee of the State, Director, Legal Drafting and Ministerial Counseling, Director Litigation and Advisory Services, and Director of Public Prosecutions of the State from 2006 to 2011. In year 2011 she became the Acting Solicitor General and Permanent Secretary of the State, and was confirmed as Solicitor General and Permanent Secretary in the year 2012, a position which she held until her appointment to the Bench of the National Industrial Court of Nigeria in 2017. She has attended several trainings and held several positions, this was apart from being the administrative head and accounting officer of Ministry of Justice, this includes member, Joint Negotiating Team of the State on Labour matters, member, Senior Staff Disciplinary Committee, member, Committee on the Review of Pension Law of Osun State, member Speedy administration of Criminal Justice, member, Committee on Asset Sharing of newly created Local Community Development Areas, she has also served in several Panels of inquiry and White paper drafting Committees and was directly involved in the drafting of Memorandum of Understanding involving the State and Executive Bills to the House of Assembly of the State. She has attended several International and National Conferences as member and /or participant, including IBA Conferences, and United Nations Commission on the Status of Women held in NYC United States and training on Alternative Dispute Resolution (ADR). His Lordship is a Judge in the Akure Judicial Division of the National Industrial Court of Nigeria.
Download Case Filing Form