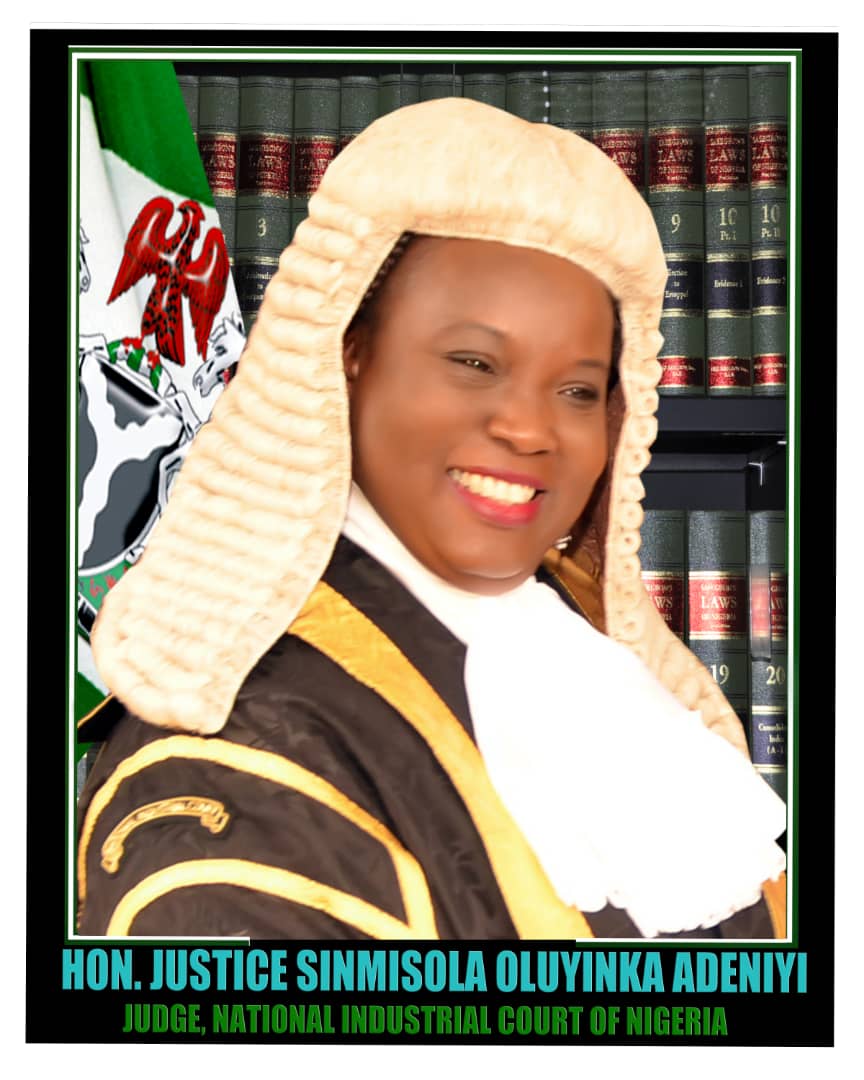 Honourable Justice
Sinmisola Oluyinka Adeniyi
Hon. Justice Sinmisola Oluyinka Adeniyi is a native of Abeokuta, Abeokuta South Local government area of Ogun State of Nigeria. She is married with children. An Honours graduate of Law of the prestigious Obafemi Awolowo University, Ile Ife, Nigeria. She was subsequently enrolled as a Solicitor and Barrister of Supreme Court of Nigeria in 1991. She bagged a Masters degree in Law from University of Ibadan, Nigeria in 2002. Hon. Justice S .O. Adeniyi performed her National Youth Service in Minna in 1992. She was in private legal practice in Ibadan, Oyo State of Nigeria, in the Law Firms of Chief Akin Delano SAN and Chief Ladosu Ladapo SAN between 1992 ? 2000. Thereafter, she joined the Official Bar upon being employed in the Ministry of Justice, Oyo State of Nigeria as a Chief Legal Officer, between 2000 - 2006. In 2006, she joined the Judicial Service of Ogun State of Nigeria, where she was appointed as Senior Magistrate. In 2009, she transferred her service to Judicial Service of the Federal Capital Territory, Abuja, Nigeria, where she served as a Chief Magistrate until her elevation to the Bench of the National Industrial Court of Nigeria in 2017. She is a member of the Institute of Chartered Mediators & Conciliators. She has attended several professional courses and conferences both local and international. Justice S.O Adeniyi is the Presiding Judge of the Kaduna Judicial Division of the Court.
Download Case Filing Form