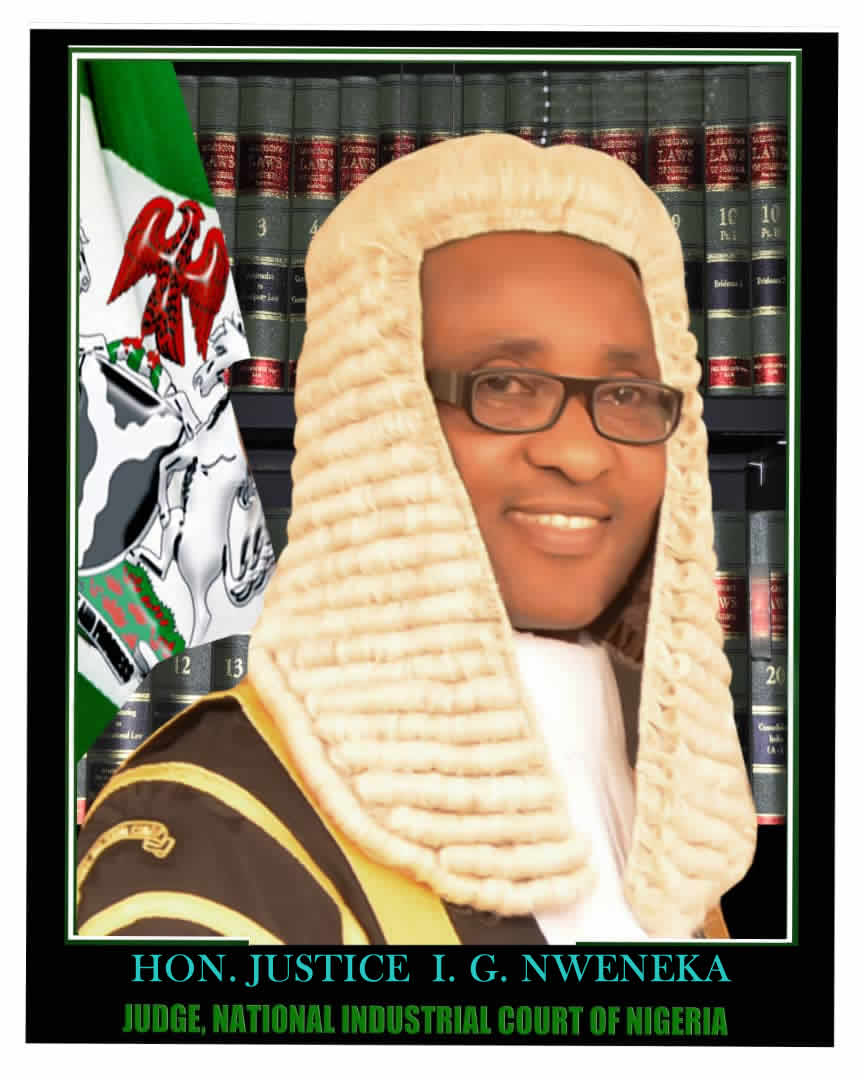 Honourable Justice
Nweneka G. Ikechi
Justice Nweneka attended State School 1, Elele Town, Rivers State from 1971 to 1977 for the FSLC and Akpor Grammar School, Ozuoba from 1977 to 1982 for WASC. Thereafter, he proceeded to Federal Government College, Port Harcourt from 1983 to 1985 for Advance Level Certificate; and University of Lagos, Akoka from 1985 to 1988 for LL.B. He was called to Bar in 1989 and obtained LL.M in 1992 from University of Lagos, Certificate in Entrepreneurial Management in 2011 from Enterprise Development Centre, Pan Atlantic University, Lagos; Certificate in Leadership in 2013 from the Leadership Institute, Virginia, USA. Justice Nweneka started his career with the Lagos State Development and Property Corporation as a Legal Officer [NYSC] in the 1989/1990 service year. At the end of the mandatory 12 months national service, he moved to the Law Office of Mike Igbokwe, SAN & Co. [Legal Practitioners] and later to Adedoyin Adedeji & Co. [Legal Practitioners] where he cut his teeth in the legal profession from 1990 to 1996. He left Adedoyin Adedeji & Co. [Legal Practitioners] to set up Ikechi G. Nweneka & Co. [Legal Practitioners] and thereafter Excellence Solicitors, a firm of Attorneys, Advisors and Secretaries in 2003 as the Principal Consultant. He served as Company Secretary to Unity Registrars Limited, a subsidiary of Unity Bank Plc for one year. He was until his judicial appointment Company Secretary/Legal Adviser to some other companies. His Lordship is of the Abakiliki Judicial Division of the Court.
Download Case Filing Form