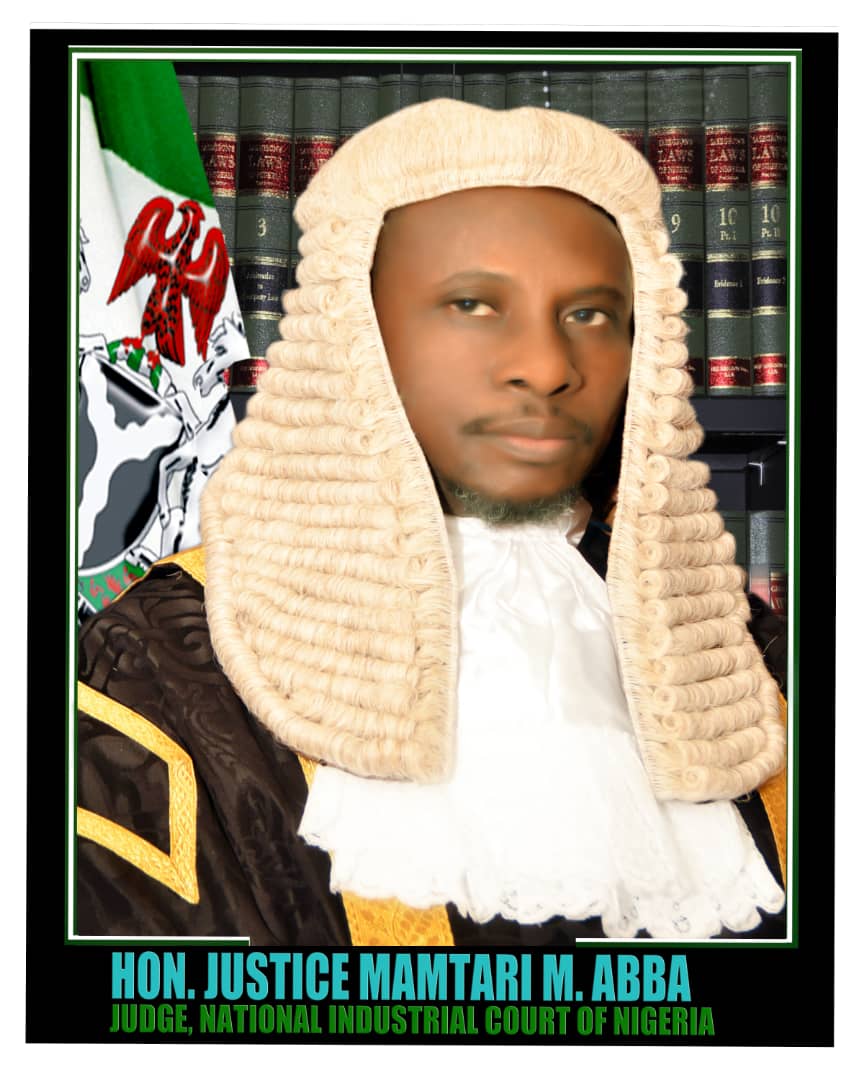 Honourable Justice
Mahmood Abba Namtari
Justice Mahmood Abba Namtari was born on 15th October, 1959 in Yola, Adamawa State. He is a holder of LL.B Degree from University of Maiduguri (1986), Barrister-at-Law (BL) from the Nigerian Law School, Lagos (1987) and LL.M Degree in Commercial Law from Ahmadu Bello University, Zaria (2001). After the mandatory National Youth Service Corps, he was appointed as Registrar 1 with the defunct Gongola State Judiciary in 1989. He resigned and joined the services of New Nigeria Construction Company Limited (subsidiary of NNDC) as Assistant Company Secretary in 1990 and rose to the rank of Company Secretary/Legal Adviser before his resignation in 1998. He joined private legal practice under the name and style of City Solicitors, a practice he founded in 1999 and was there until his appointment as a judge of the National Industrial Court of Nigeria on 14th July, 2017. Justice Namtari is author of a Reference Text Book consisting of six (6) volumes titled “The Law According to Justices of the Supreme Court of Nigeria (2000 to 2010).” Justice Namtari is a Judge of the Uyo Judicial Division.
Download Case Filing Form