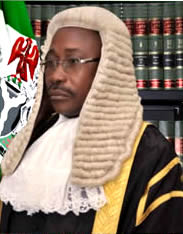 Honourable Justice 2013 - 2018
Late Waziri Abali
Hon. Justice Abali attended the University of Sokoto from 1979 to 1982 for pre-degree in Law. He was admitted into the University of Maiduguri in 1984 and graduated with his LLB. He was called to the Nigerian Bar in 1990. He began his working career in 1993 with Ba’aba & Co. Solicitor & Advocators, Moh’d Idris Way, Potiskum. He joined Yobe State Judiciary Damaturu in 1996 as Senior Magistrate I, and was eventually promoted to Chief Magistrate II &I, in 2002 and 2004 respectfully. He later transferred his services to the FCT Judiciary and was Deputy Chief Registrar (Administration), Acting Chief Registrar, and later, substantive Chief Registrar of the Customary Court of Appeal of the FCT Judiciary from 2004-2013. He was later appointed the Registrar General, ADR Centre of that Court until his judicial appointment as a Judge of the National Industrial Court of Nigeria in May 2013 - 2018.
Download Case Filing Form