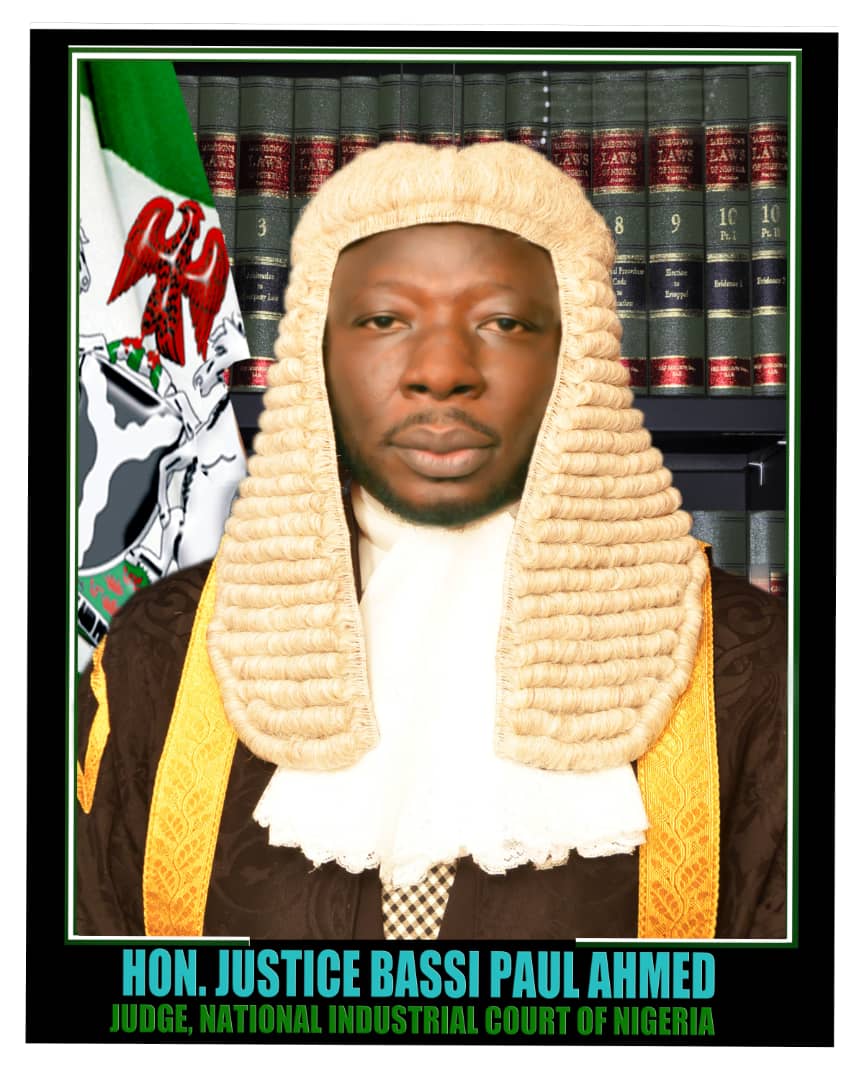 Honourable Justice
Paul Ahmed Bassi
Hon. Justice Bassi obtained his LLB from the University of Maiduguri, and his BL from the Nigeria Law School in October 2000. After his National Youth Service at the securities and Exchange Commission (SEC), he started private legal practice at the law office of Oluwole Akanle & Co where he worked for 5years before joining the service of the Independent Corrupt Practices and Other Related Offences Commission (ICPC) in 2005. Having served for 12years at the ICPC where he rose through the ranks to become a Chief Legal Officer, he was appointed Judge of National Industrial Court of Nigeria on July 14, 2017. Justice Paul Ahmed Bassi is in the Lagos Judicial Division of the Court.
Download Case Filing Form